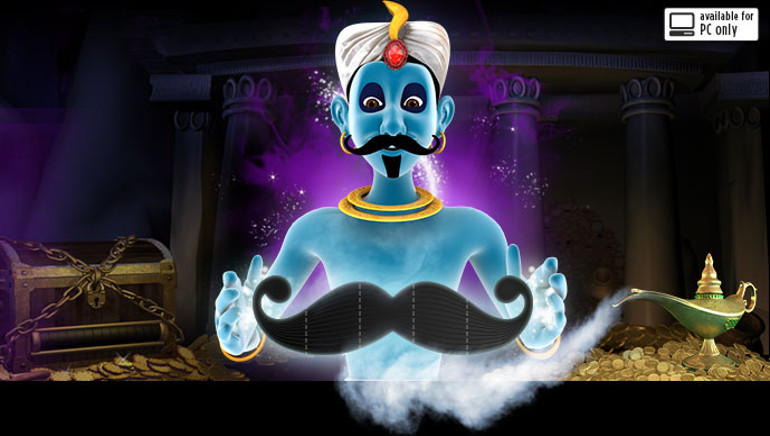 Enter the Movember promo at 888 Casino to play progressive jackpot Millionaire Genie, and claim up to £/$/€500 worth of casino bonus funds

To show support during this Movember, there is a special promotion underway over at 888 Casino. Quite simply, the challenge is for players to grow Millionaire Genie’s moustache to claim up to £/$/€500 in casino bonus funds. The promotion is already running and can be entered from now until Wednesday 12 November

The first step in the Movember promotion is to enter the bonus code “GROW10”, which will help to give the genie an initial boost in the moustache stakes. Another benefit of that code is that it will trigger an instant 10% deposit bonus worth up to £/€/$100.

By entering step one of the promotion, players will then be eligible to receive the second bonus code. As for the expected timeframe, the code will be sent via email within 48 hours of using the first code. Here, players can snag a 20% deposit bonus.

Three more deposit bonuses will follow steps one and two above, with each getting bigger until the final 50% deposit bonus is credited. As for what to play with the £/$/€500 worth of bonus funds, 888 casino is recommending the Millionaire Genie jackpot.

At present, the Millionaire Genie progressive jackpot is worth over £2.1 million. Designed as a slot game featuring five reels and 15 paylines, players have won millions on this game before. Millionaire Genie has been featured in a nationwide advertising campaign throughout the UK, with players introduced to the winning potential and 3D graphics of this incredible progressive slot game.