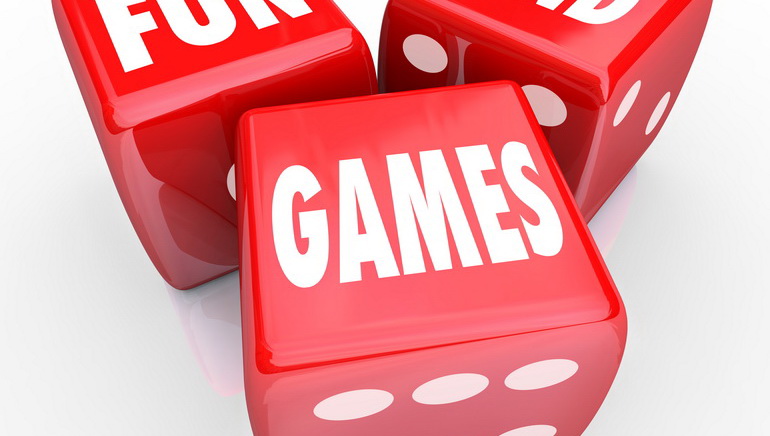 There is a huge choice of online casino games designed to attract new players and keep loyal ones entertained. To achieve this, these titles need to be distinctive and impressive.

The majority of people cannot simply head to a land-based casino every day, and even if they could, many would choose not to, preferring to play games in the comfort of their own homes. With hundreds of games, each having their own unique features, players are naturally drawn to the excitement that they can provide.

Anyone visiting an online casino will see table based games, like Roulette and Blackjack, card games such as Poker and Baccarat, dice based ones including Craps, plus Video Poker titles. Here are the top five most popular games -

1) The most popular games at online casinos are the slots, which can be easy to understand, while still delivering lots of variety and thrills. Slots are often based around a certain theme, with just about anything you can imagine having a slots game centered on the subject. First developed in the 1890's by Charles Fey, an inventor from San Francisco, his Liberty Bell slot was based on Poker hands, and needed an attendant next to it to pay out winnings. Mechanical slots improved over the years, becoming highly popular in just a short time, while video slots with bonus rounds became dominant by the 1990's.

They can often be played with low stakes of just $0.01 or so, and can potentially win the user a massive jackpot prize running into the $millions. No experience is needed to play one of these games, the customer simply has to place their stake and click a button to spin the reels, although the many bonus rounds that can be found often add an element of skill to the game. It should be no surprise therefore, to find slots as the number one choice for online casino action.

2) Possibly the next most popular game is Poker. Many people only play Poker, as it is a challenging game, requiring a good level of skill and tactics to win. There is also the possibility of winning big sums of money as each game offers a prize pot for the best player. Pokers' origins can be traced back to ancient China, but the French game of Pogue was brought to the US in the 1800's where it became highly popular, especially during the Civil War years. Texas Hold'em became famous when the Golden Nugget Casino in Las Vegas decided to feature this type in 1967, and in 1969, a major tournament saw it explode in popularity.

3) Roulette is another old game that has stood the test of time. With a history going back to Roman soldiers firing arrows at rotating shields, the modern version was devised in France by Blaise Pascal, while two brothers added the 0 to the table a few years later to give the casino an edge. Although outlawed across much of Europe, like so many games, Roulette thrived in America when immigrants brought it along with them to the New World.

Much of the thrill of Roulette lies in the anticipation of where the ball will come to rest in the spinning wheel. With betting patterns that can be as simple of complicated as the player wishes, and the chance to place risky, high return bets or safer ones with a smaller return, Roulette is a unique casino game that will remain a favorite for years to come.

4) Blackjack.  Another ancient game, refined by the French in the 1700's and brought to the USA shortly afterward. Originally known as Vignt-et-Un (21), a popular side bet in American casinos paid out at 10:1 if a player had the Ace of Spades, and the Jack of either Clubs or Spades, - the Black Jacks. This is an easy game to learn, with a well known basic strategy that can get the casinos edge down close to zero.

5) Video Poker is a relative newcomer, as it was dependent on technological advances. Invented by Si Redd, an employee of Bally Technologies, Video Poker is another example of a simple game loved by millions. Players simply need to place a bet, click a button to get cards dealt out to them, and decide which ones to keep and which to discard. The discarded ones are replaced automatically, and  the resulting hand either wins or loses.

All casinos now offer at least one version of each of these titles, with most having several different types to keep their players having fun. Anyone who wishes to just try out these games can often make use of the 'free play' option that lets them practice without needing to stake any real money.

With luck, visitors to online casinos can win more than they placed in bets. In the case of slots and Poker, it can be big amounts of money, but playing these games is not about making a profit as they are a relaxing and fun pastime enjoyed by millions of people.

Online Gambling: What to Expect?

How Online Gambling Has Evolved

How to Choose an Online Casino