How Online Gambling Has Evolved 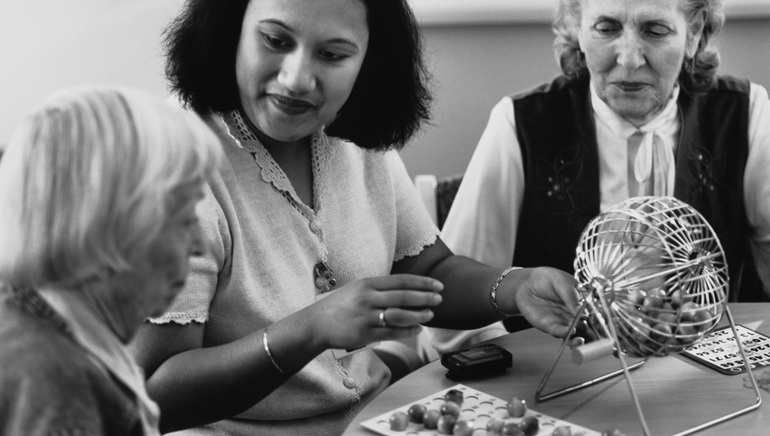 Online casinos are now seemingly everywhere, with literally hundreds available for players across the globe, but how many people know anything about the history of this relatively new form of entertainment? The first country to recognize the potential of online casinos, and to regulate them was Antigua and Barbuda in the Caribbean, which passed the Free Trade and Processing Act in 1994. This allowed casinos to set up on their territory and supply gambling services to all other countries.

Before anyone could actually play at these casinos however, games had to be developed, and a number of software companies sprang up to do just that. A notable one was Microgaming which started trading in 1994 and is still going strong today. They now have over 600 casino games which are used by many of the biggest casino sites, while more are being added all the time. The fact that Microgaming were one of the pioneers of online gaming has helped them to keep at the top of the industry.

It is often thought that the very first online casino was InterCasino, with 888 following closely behind, but as these both started to operate well after the rules and regulations for such sites were developed, it is not clear if these claims are true. A more likely contender for the title of first online casino is Gaming Club, a site run by Microgaming themselves, and still operating.

Following the success of Anitgua and Barbuda, several other territories began to develop their own licensing standards. In 1996 the Canadian Mohawk territory of Kahnawake passed laws regulating online casinos operating out of their lands. This has proved to be a highly successful  move and Kahnawake gambling licenses are held by many casinos and sports betting sites, particularly those who target American players. Other places that issue licenses include Gibraltar, Malta, the Channel Islands, Curacao and Cyprus.

Within a couple of years of the launch of Gaming Club, there was a whole range of online casinos in existence, generating an estimated $843 million in revenue during 1998. But technological limits were preventing many potential players from joining up, with old fashioned dial up connections being the main issue, while many people did not want to download software before playing. The roll-out of broadband internet has transformed this, with casinos now able to provide quality games that run smoothly without the player needing to download any software to their computers. Mobile networks have also been transformed over the last five years or so, with a corresponding growth in casinos that let players use phones and tablets.

Some high street bookmakers, and companies that provided a phone betting service, quickly saw the opportunities offered by moving online and opened casinos, poker rooms and sportsbook. Among these is Intertops which was launched in 1983 as a phone betting company. Now they have one of the biggest online sites, with over 4000 sports bets offered each day to customers in around 180 countries.

Poker sites were a little more problematic in the early days, as connecting all the players together was simply more than the dial up connections could cope with. The first online poker site, Poker Planet never really caught on, and it wasn't until the early 2000's that sites like PokerStars, Party Poker and Paradise Poker began to establish themselves. Party Poker was so successful that its' parent company listed on the London Stock Exchange in 2005, but they have since lost business by pulling out of the American market due to the legal issues that faced all online gambling companies that year.

That was the year that the US government decided to ban all online gambling not based in the USA. A court case ruled that this law could not be upheld, but by then there was a lot of confusion about what was legal and what was not, so many operators simply abandoned the US just to be on the safe side. As a matter of fact, no-one has ever been prosecuted for supplying online gambling to US citizens, and nowadays, more and more people are voicing the opinion that it should be welcomed and the revenue it can raise put into the government's coffers.

Other countries have fully legalized and regulated online gambling, including the European Union and South Africa. However, it is not all going in the casinos' favor, as all forms of betting online were banned in Russia in 2010.

The whole industry is getting more mature, with large casinos listing on various stock exchanges worldwide, and a greater acceptance that this is just another form of entertainment that is here to stay. The potential for harm, and for scam casinos to operate is greatly reduced when strong rules and regulations are in place.

The growth of online gambling has also made traditional land based casinos up their game to help keep customers coming through their doors. Billions has been invested from Las Vegas to London to Macau giving casino players even more choice about where to enjoy their favorite games.

Online Gambling: What to Expect?

How to Choose an Online Casino