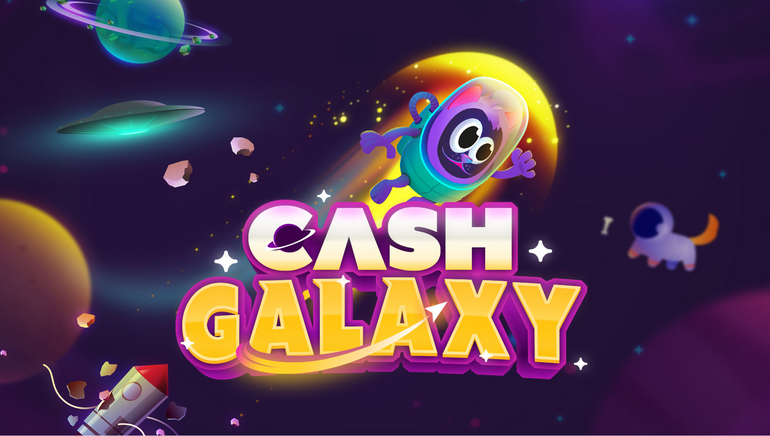 The exciting and interactive game allows multiple players to join the action at the same time and features the maximum payout of 10,000x the stake.

The casino game developer OneTouch has boosted its rich gaming portfolio with its first-ever crash game. Entitled Cash Galaxy, the game offers features similar to those found in other games of this type but also brings some novelties that players can look forward to.

Set on a backdrop of a star-covered sky, Cash Galaxy is a very simple game that allows players to stay interactive, first by placing their wagers and then by deciding when they want to cash out. The second step is what adds to the excitement and makes this simple title entertaining and adrenaline-filled.

What makes Cash Galaxy and other games of these types stand out from games like slots is that they're played by multiple players at once. Everybody places their bets at the start of a round, and then every player has an option to decide when it is the best time to cash out their winnings.

Once the round starts, an animated character launches into space to start his adventure. With every passing moment, the win multiplier increases as he flies through the vast space. Players can see their win increase in real-time and can click the cashout button at any moment. However, they have to do so before the character crashes. Otherwise, their bets are lost.

There is no skill involved and no signs to look out for to tell you when the crash might come. Like other electronic games, Cash Galaxy by OneTouch is powered by a random number generator, so it is impossible to make any predictions.

On top of its interactive elements and nice graphics, Cash Galaxy attracts players with the maximum potential win of 10,000 times the stake. There are three betting fields available, and players can bet on one, two, or all three for any given round.

To reach the maximum win, though, players will need nerves of steel. Unlike slots, where a big win occurs without any warning, Cash Galaxy allows you to cash out at any moment. So, to get to the maximum win, players have to decide to take the risk and ride the journey to the end, never pressing that cashout button.

Crash games are an interesting concept that's been gaining popularity in online gambling circles as of late, so it is no surprise that OneTouch has decided to enter this space. The head of the company Madis Raus said he was excited about opening this new chapter for OneTouch.