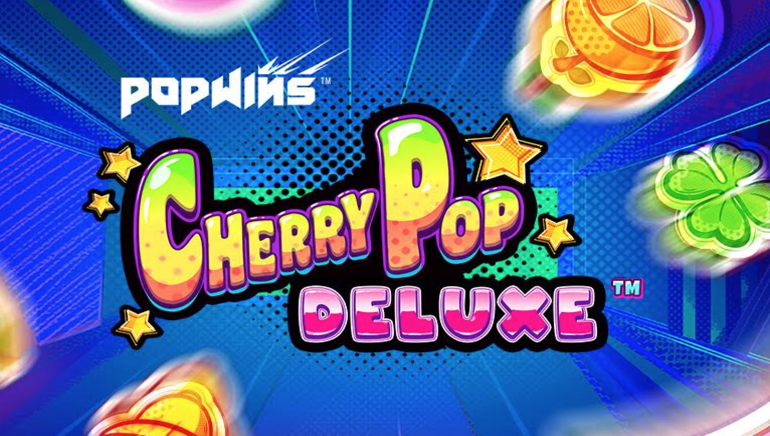 CherryPop Deluxe™ is the latest addition to the fast-expanding portfolio of AvatarUX games, a slot featuring the popular PopWins™ game mechanic.

AvatarUX has a burgeoning collection of games, with new titles being added all the time. At the same time, the innovative slots supplier brings back some of its most popular titles with updated graphics. Those who feel nostalgia for classic games produced by this supplier have good reasons to rejoice. CherryPop Deluxe™ is into the spotlight, as an upgraded version of one of the company’s biggest hits.

The Return of a Classic Casino Theme

CherryPop Deluxe™ will instinctively appeal to punters who appreciate slots with a classic vibe, inspired by brick-and-mortar casinos. The game has tremendous win potential and it is centered on massive pay lines, which are widely regarded as ingredients in the recipe for success. AvatarUX is an up-and-coming provider of top games for the online casino industry and one of the most creative ones. With this release, the game studio found the perfect mix between innovation and the celebration of classic themes.

CherryPop Deluxe™ is a colorful slot with many winning ways and an immersive soundtrack that quickly gets players in the mood. Visually appealing, it can be enjoyed on mobile devices for enhanced convenience. Nicola Longmuir, CEO at AvatarUX celebrating the return of one of their most famous titles, with unique game mechanics and vastly superior visuals.

PopWins™ is a popular feature envisioned by AvatarUX that is at the cornerstone of the new release. CherryPop Deluxe™ is the latest game to enter AvatarUX’s expansive portfolio after the game studio unveiled its RagingPop™ slot with a savanna theme. Both games share this feature, which greatly increases the standard number of winning ways of 486. This unique mechanic expands the reels to a height of 6x and up to 7x when the bonus round is activated.

At the height of the bonus round, punters enjoy a massive 118,098 ways to win. The cherry on top is the game’s Super High Paying icon which further increases the winning combinations. Unbound multipliers will also spice things up by doubling every win and increasing winnings by 4x when an entire reel is unlocked. CherryPop Deluxe™ also has a free spins feature with a Gamble opportunity for punters who want to increase the number of bonus rounds. In some jurisdictions players also can also activate the Buy Bonus feature.